For the past 2 months, covid-19 has pushed lives of people all over the globe into disarray. Everywhere, events are cancelled, cargos held up at borders, trade suspended. Covid-19 has become the all dominating theme at dinner conversation. People talk about it in barber shops, in supermarkets, on taxi. And unlike the situation in Europe with thousands of confirmed cases, Vietnam has managed to keep the number below a hundred (though that is increasing daily). As a result, though covid-19 patients are referred to by number in the news, those numbers are still very personal. Pick a random person on the street, most likely he/she can recount with details where patient no. 34 went, what she did for a living, who were her F1 (people in direct contact with her)…

The pandemic makes people ill but measures in place to stop it is what are disrupting daily lives. One may pin his hope on the seasonality of the disease. As the weather gets warmer, the pandemic may eventually subside, giving the world’s economy a break. Yet, even if that’s the case, the virus may inflict far more damage in its wake than financial losses during temporary shutdowns. The short acute shock from the pandemic can lead to systematic failure of the market if borrowing has reached an unsustainable level. Right before the outbreak, the world has enjoyed almost 11 consecutive years of economic expansion. Yet a year before that, I remember reading forboding The Economist’s articles anticipating a coming recession, given the cyclicity of the world economy. Despite anticipation of market crash, macroeconomic indicators had been better than ever. Inflation had been well-behaved and unemployment in the U.S had been at record low. The problem with that is, investors and consumers could have come to feel a false sense of security, believing that good time would last forever, and thus increase debt-powered spendings. Loans are often collaterized with marked-to-market assets, and companies estimate their ability to service the loans based on good time profit. An unexpected event like covid-19 is all it needs to temporarily shrink firms’ profit, creates a shortage of cash which, making loans unservicable for companies. A few panicking investors sell their stocks, depressing assets’ prices. Depreciating collaterals force banks to sell, thus, further depress prices, creating a self-reinforcing downward sprial.

This is what is happening in stock market now. Two weeks ago, when news of patient no. 17 surfaced, investors anticipated worsening pandemic situation and started to sell off their shares. As assets’ prices went down hill, investors who had used borrowed money to buy stocks were forced to liquidate their positions. And not to mention investors who would jump in the action to avoid further loss. That was the opposite of economics 101, lower prices in the asset market did not trigger an increase in demand. Rather, demand dried up as a result of lower prices. This brought me some personal pain as I watched VNDirect’s dashboard covered in red. And market decline has not shown any sign of stop. Though, a choice to buy stocks now should be less risky than before covid-19 outbreak when the risk was not visible.

One lesson is that, had one looked at only inflation or unemployment rate, one would not have thought that the economy is doing very well. However, its ability to withstand occasional shocks is questionable. George Cooper suggested in his book Origin of financial crises that rather than traditional macroeconomic indicators, central banks should look at debt level and the cost of borrowing to guage the health of the economy.

Hanoi’s streets are still filled with motobikes and cars, as busy as ever. The usually inefficent system of reckless scooter drivers turn out to be pretty resilient in stressful time. Would this pandemic happen 10 years later, after Hanoi has managed to ban scooters, people would have a much harder time going around. Not everybody could afford a car and crowded public buses could be virus hot beds. Though public transportation is nice, the city would do better by encouraging bicycle riding as an active mode of going around. In time of stress, being able to travel at will can be very helpful.

Companies, including mine, are tinkering with work-from-home policies. Though VTV aired a section praising businesses moving to remote-working direction, I think it is by no mean a smooth transition for Vietnamese businesses. Working from home requires a certain level of trust in employees in order to work. I feel that that trust level is not really high and there are reasons for that. But I do hope that, when the pandemic subsides, firms do not write off working from home unworkable. Rather they should see it as necessary, build permanent policies and train their employees to work remotely on a more regular basis. Trust takes time. 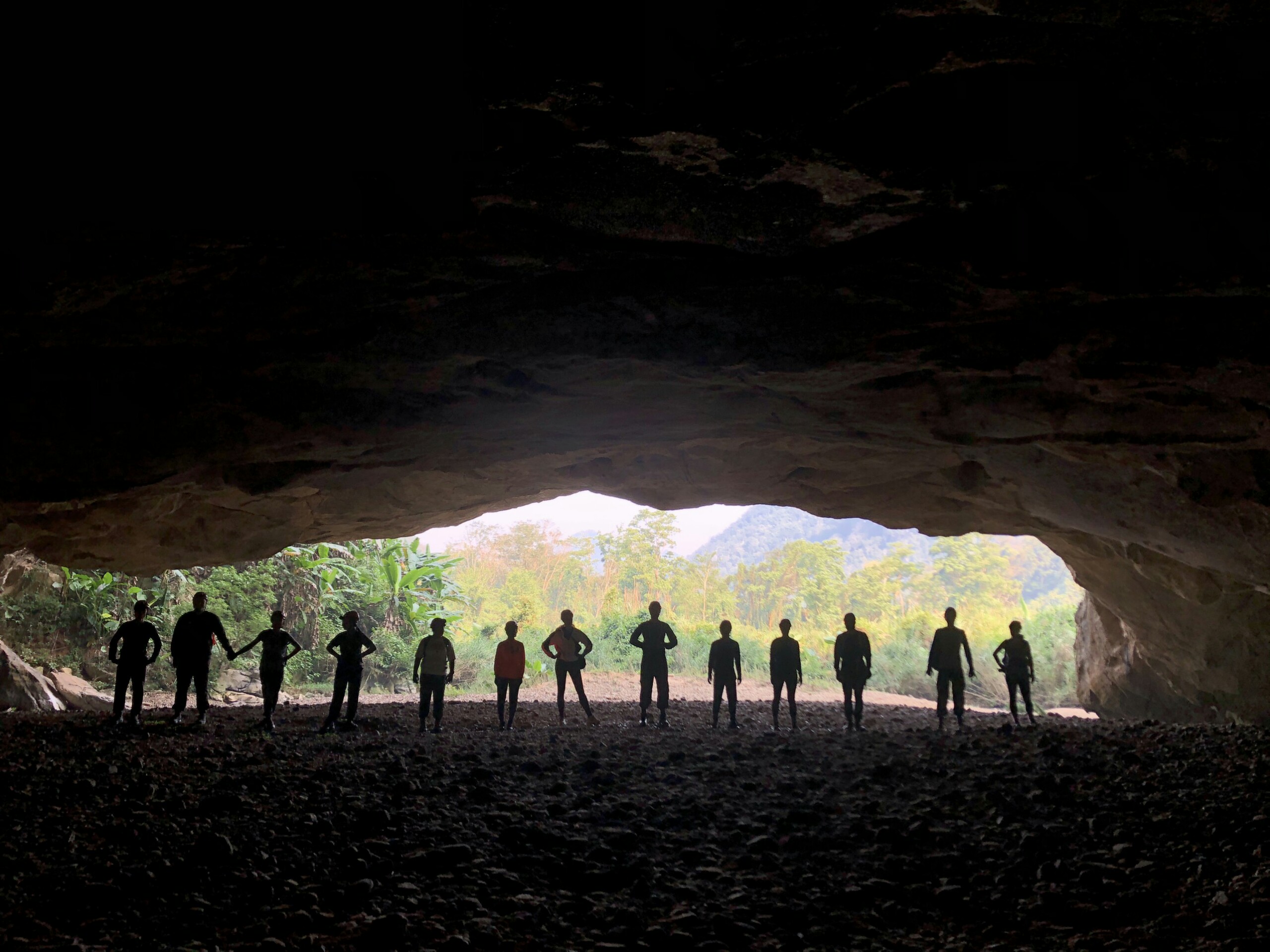 The week right after when the patient no.17 was hospitalized, fear gripped the whole nation and my trip to Én cave was due. I got cold feet and wanted to postpone it but it was too late for rescheduling, and went ahead with the plan I did. Streets of Phong Nha was empty, and I was the only one staying in that twenty-plus room guest house. Suddenly, anyone could be a potential virus carrier, but forgetting that fact for a moment, then the trip was really enjoyable. Weather was nice, and one has all the space to himself, food was good. Nothing to complain about.